Ten tips for managing conflicts (and not needing a mediator)

This post has a workplace orientation but I hope it is also relevant in other contexts.

It is important to remember that most disagreements never escalate into conflict. Usually an event happens, you say something, the other person says, "Oh sorry about that" and both of you are satisfied. What turns a disagreement into a conflict is when you say something and you don't get the response you hoped for. Instead you are ignored, not taken seriously, not listened to, dismissed as trivial, not acknowledged or get what seems to be an over-reaction.One of the key principles to dealing effectively with a conflict situation is to separate your reactions from responses.  A reaction is where I don't feel as if I have a choice about what I am saying, feeling or doing whereas when I make a response I have moved to an internal place where I can choose what I say and how I say it.

Dealing with conflict often feels difficult and for many of us it is something we would rather avoid. It takes effort and is sometimes risky but a small stretch out of our comfort zone can sometimes stop a conflict escalating to truly damaging proportions.A version of this article appeared in the Times Educational Supplement

Moments of Grace and Connection 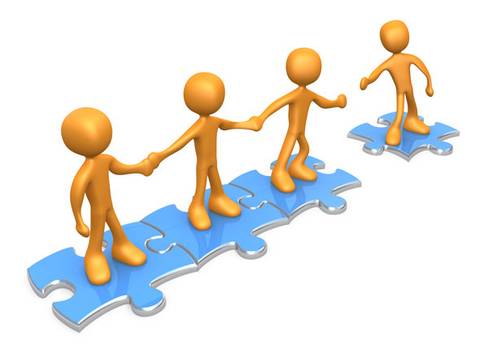 I walked into one of my favourite cafes today (Boston Tea Party), bought a drink and went in search of a table to do some writing.

The café was busy with very few spaces except at a large table where a woman was sitting by herself.

I asked her if I could sit at the table, she said sure, so I sat and said ‘I didn’t want to disturb your privacy’. She turned back to me and asked ‘What do you mean by privacy?’

We then fell into a conversation that started with thinking about what privacy means, how it is different from personal space, how this is affected by culture and then we headed into an array of other areas, both personal and conceptual.  It was the type of conversation that cuts through all the day-to-day debris that can fill our lives.

At some point we described it as an oasis – two humans feeding and being fed by each others' attention, ideas, presence and engagement.

I wish to offer her my thanks and share the delight of that moment of grace. 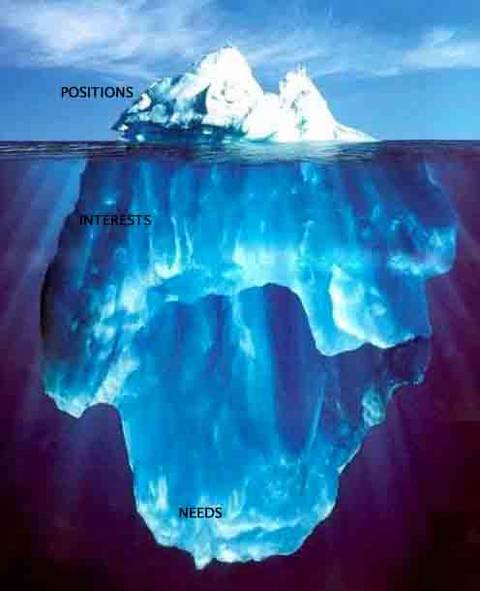 Understanding positions, interests and needs are the fundamental requirement to dealing with any conflict situation.

A position is a stance that we take in a difficult situation that we presume will get us what we want.  Positions are often ‘unexamined’; they are a loud and direct reaction to a given stimulus.

‘Just go to your room’

‘I want him sacked’

‘Why do you never wash the dishes?’

‘How dare you say that to me?’

Shouting at another driver due to road rage

These are all examples of positional statements, they are what comes out of our mouths when we are frustrated, angry, had enough or can’t take any more.  At one level, they are our attempt to get us what we want.  They often contain lots of emotion, sometimes clearly expressed sometimes hidden within the statement.

These statements are often heard by others as if they are coming out of the mouth of a persecutor, although when we say them we are usually feeling like the victim of someone else’s persecution.

They are the tip of an iceberg and in order to work effectively with conflict we need to explore the interests that lie under the surface.

Let’s use road rage as an example:

I’m driving happily along and someone turns out of a minor road in front of me causing me to slam on the brakes to avoid driving into them.

I then swear loudly, flash my lights, beep my horn and drive very close to them.  All of these are positional reactions to the situation.

As the driver, what happened to me when the car pulled out?

I was shocked and possibly scared, I reacted by braking quickly and then the rest of my reaction got channelled into aggressive behaviour.  What is seen by the other driver is my aggression not my fear.

What did I want?

Generally, I want other road users to drive safely so that my life doesn’t get threatened.  In this example, my interest is that other road users drive with care and my need is that my own safety is maintained.

What’s the likely consequence of my positional behaviour.  The driver who pulled out may be embarrassed or even humiliated by having driven poorly, my aggression may spark their aggression back to me and at its worst, both cars stop and the drivers get out and start fighting.

The underlying need for both people is their safety and they are now fighting in the middle of the road – this is often the consequence of conflicts that remain at a positional level, it may not be a physical fight but it is often some form of fight.

Let’s look at another example

I was talking with a medical advocate – a woman who works with people who are upset or angry at the way that they or someone close to them, have been treated by the medical services.

It was in the middle of a mediation training course and I asked the group if they had any examples of using the position and interest concept since I had last seen them.

She said that a client had come to her, very angry about how her husband had been treated by the ambulance service.  He was ill and dying, the ambulance service took a long time to get to him and he died before they arrived. She was blaming the ambulance service and full of emotion – this was her position.  The advocate acknowledged her emotion and started asking her client what it was she wanted.  During a long conversation what emerged was that the client had always promised her husband that she would make sure he died at home.  On this day as he had become increasingly ill she ended up calling the ambulance and telling him that this is what she had done.  He died before they arrived but she felt awful because this was the last conversation she had with him and she felt that she had broken her word to him.

The advocate helped her to talk about this and then pointed her toward some help for her distress.

For me it is a stark and powerful story of someone feeling really bad and needing to blame someone else, the ambulance service.  By recognising that something was driving the bad feeling, the advocate was able to get at the interest and the needs (feeling guilty and needing recognition). The outcome hopefully will be much more beneficial for the client than a potential pursuit of the ambulance service for financial compensation or an apology, neither of which would have directly addressed the interests or needs – and in fact may have left them entirely unspoken.